That vision came true as he is now the curator of The Queen City Laundry chain in Ohio, and is known as the Laundromat Millionaire.

Dave grew up in poverty and overcame superhero-like obstacles. His story, revealed in his debut book, Laundromat Millionaire – The Grit to Elevate an Industry is a life and business journey that doesn’t stop at rags to riches. It begins with a stubborn and obsessive mission to be a business owner with a tenacious and genuine purpose to help others to do the same – even if you also do not have a college degree or perhaps because you have one.

Dave teaches the principles of relentless studying of the greats to be a great, and knowing that even if an industry – like laundry – isn’t sexy, you can make it so.  His initial foray into business ownership was a side hustle alongside his corporate gig with Cincinnati Bell. He found his first business on Craigslist. (YUP, I did, as Dave would say.)  Once he owned it, he overhauled it from struggling, losing money and outdated, to one that was a valuable proposition to serve as a vital community asset.  In essence, he cared – for those who needed this service and deserve it.

His vision expands beyond only owning multiple businesses under the auspices of Queen City Laundry.  He shares his wisdom on his podcast and is a sought after guest and coach.  Always the student, he expands his business model – and reach – to serve needs discovered.

As a picked on kid who was told he had limited options, to his readers, employees, fans and his children, Dave says, “If I can, you can. It simply takes grit.” It is with this fortitude, he forges forward in elevating an industry, and likely not only one.  Certainly, more lives will be elevated as a result of his Menz-ism touch.

Dave and his family live in Cincinnati, Ohio.  He is a family man and a man of faith. 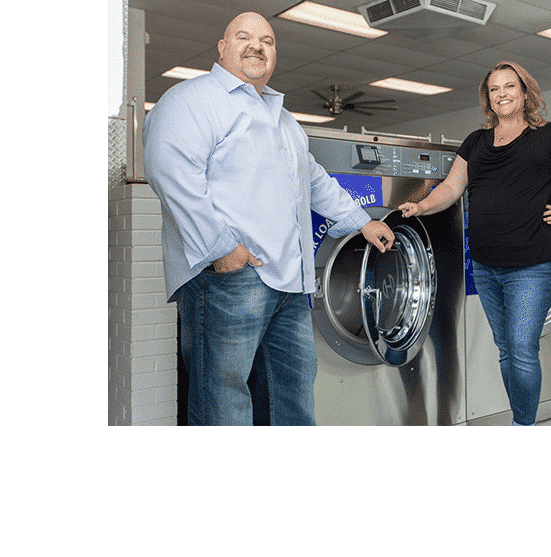